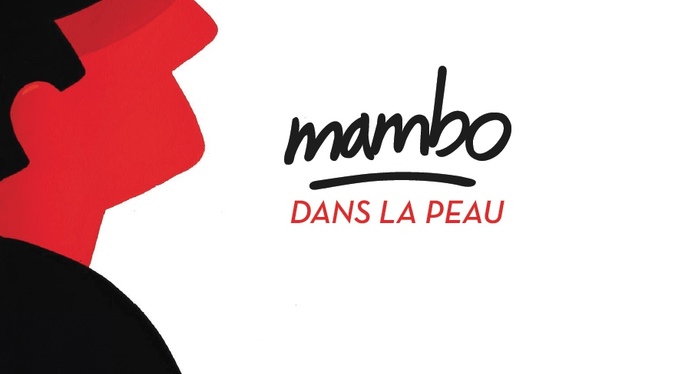 Through his work on Portraits, Mambo explores the Human and the emotions that appear in faces and attitudes. His powerful graphic language, combining observation, ambiguity and second degree, reveals what is happening inside the Self. Lines flirt with caricature, sharp colours give rise to deep emotions, symbols - hat, necklace, suit, black dress, etc. – meets puzzling clues in order to multiply the possibilities and interpretations. This minimalist pop aesthetic unveils the human comedy through a question-and-answer game between the artwork and the viewer. Mambo always leaves a certain enigma, in which the spectator becomes an actor, subject and object at the same time, question and answer. With this new series, Mambo explores even further intimacy and the relationship that takes place between the artwork and the viewer, through a close-up approach. It captures, in the manner of a photographer, what the eye alone cannot see - a brief moment of doubt, a feverishness that escapes us as we finish speaking and that reveals a deep emotion made of doubt and desire. A buried feeling of loneliness facing the city’s waves, a haunting need to exist, to be loved and recognised by the other. Faces and gestures challenge us because they tell of our own vulnerability. Mambo does not put any darkness into it, on the contrary, this fragility reveals our humanity and opens a dialogue with ourselves made of cultural projections and personal stories. Of the reason for these portraits, the artist will not give us any keys. This lies in the interpretation of each one of us on these mirrors open to ourselves. One thinks here of the philosopher Levinas and the language power he confers on the face in Ethics and Infinity : “Face and discourse are tied. The face speaks. It speaks, it is in this that it renders possible and begin all discourse”. This new series of Portraits tells us about this experience of the other and reflects our own emotions, a form of nudity without the addition of explicit words. The close-up and portraits of this new series whisper our truths, and the silent discourse between the artwork and the viewer becomes connivance. This is what makes Mambo’s strength, his ability to disappear behind an aesthetic bias marked by his signature, to let us take it over. Born in Chile from a Hungarian mother and a French father, Mambo is polyglot artist. He has developed a palette of expressions, rich of different languages allowing him to express his favourite subject : humanity, our mental processes, our sensations, emotions, memories and inner feelings. His work is articulated around 3 directions : minimalist portraits playing with underlying meanings, semi-abstract graphic interplays of lines and spontaneous designs (Brainology series), abstract action painting (Strokes series). His artistic universe is influenced by the graphic and colourful trends of new wave, pop culture and punk - but also by the journeys and encounters that mark his artistic career that he began in France. From the railway, lines he began to tag at the age of 15, to trips abroad (Senegal, India, Chicago) during which he collaborates with local muralists, Mambo experiments with different forms of expression. The strength of the collective is for him a source of encounters, exchanges and sharing. He was part of “La Force Alphabétique”, then joined the “9th Concept” in 1998, while exploring more freely his own imaginary in the intimacy of his studio. The Peinture Fraîche group exhibition in Beaubourg in 2007 acted as a real catalyst : the live creation in front of the audience pushed him to bring together all the aesthetic paths he had explored until then to converge them into a creative universe full of strength, humour and poetry. He currently lives and works in Los Angeles, California. 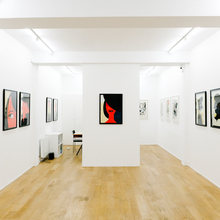 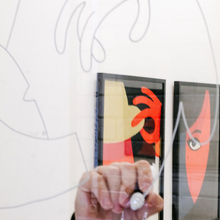 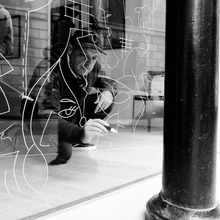 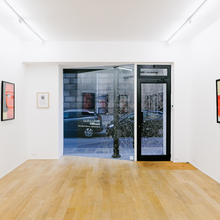 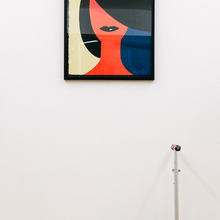 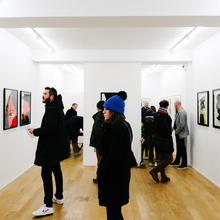 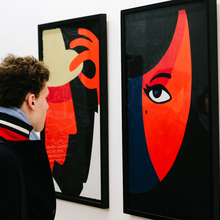 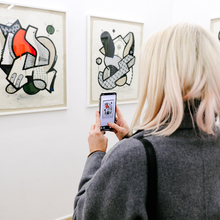 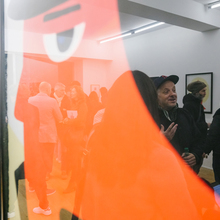 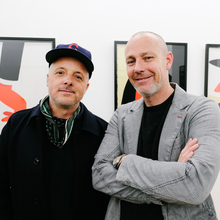