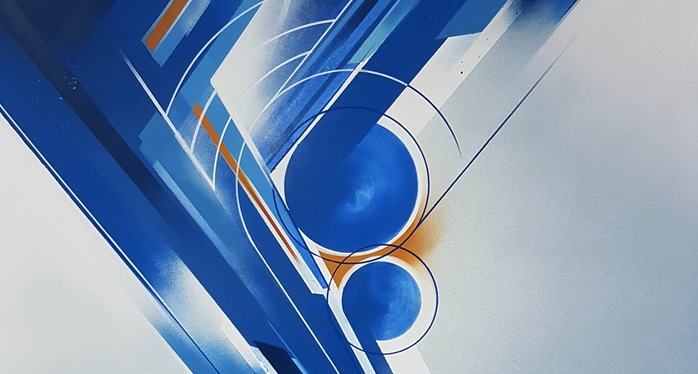 Concrete thoughts presented by the Speerstra Gallery, reveals the intention of Xavier Magaldi which he discloses this time: the idea of artworks that tend to be abstract, but which, paradoxically, are based on the concrete forms. These discernible shapes interact and clash. The whole picture communicates in its turn with the spectator and leaves them freedom of interpretation.
The title also refers to concrete, the material which was used. Xavier Magaldi demonstrates courage in facing the toughness of the material and the difficulty of transforming it into an artistic creation, while maintaining the raw aspect of the initial substance. The process is a nod to the brutalist architecture of Le Corbusier, rough and rugged surface visible through sharpened by not refined wooden parts which overlap. But the artist makes use of metal and presents a new sculpture which is drawn and designed vertically and which takes on a new dimension when put horizontally. It indirectly joins the concept of Gothic Futurism introduced by the American artist Rammellzee, particularly his space ship, the element which Xavier Magaldi made more palpable by the use of the material.

The artist is taken by the game of shapes, techniques and colours. He confirms the use of such mediums as water colours and acrylic while keeping some traces of a spray. This supreme tool of the graffiti brings a dynamic aspect of his works to its peak thanks to the fleeting feeling of the spray shading. This feeling of energetic movement is not unfamiliar to the Italian futurists. On the occasion of this exhibition, the artist makes use of the colour: vivid orange, bright red that appear in his parallelograms as a signature. These shades strike as much as the ones of graffiti in the street. Here they contrast with artist’s favourite cold tones, particularly visible in his solid colors.

This is how Xavier Magaldi redesigns his “mecafuturist” combination by focusing on the flexibility of geometric shapes. He emancipated himself from the purer structures affected by the recurring presence of the gear. His strokes are still precise, but they are softer in a way that gives a hint of flexibility and fineness to his style. It is not the footprint of the rhythm of a watch mechanism that is visible in his canvases, but the footprint of a long reflection about the balance and the incidence between the shapes, and their impact on the eye that continues to explore the eternal mutation of material elements. 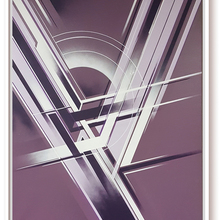 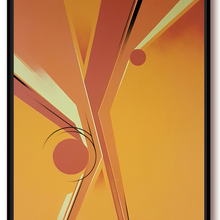 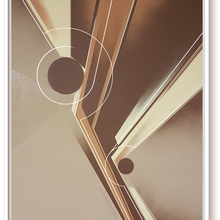 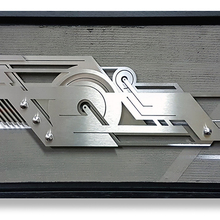 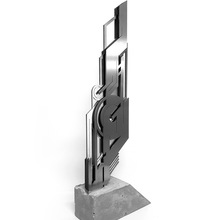