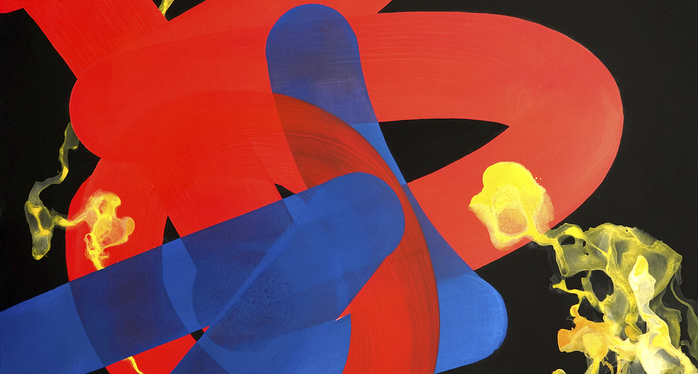 In his most recent series of paintings, Stohead raises his habitual enigmatic style to new heights in a round trip.  Using a specific type of marker with a round, multi-dimensional tip, he produces thick, soft and simple letters, as runny as can be and indisputable conveyors of the graffiti spirit. Over the last ten years, the artist has incessantly worked on improving his tool; he started with tubes of shoe wax with a sponge tip and then manufactured them according to his own specifications in different sizes, until they became difficult to handle. Stohead's complete opus is based on words or quotes that mirror his mood while he works. He conscientiously organises his thoughts within a square structure, where the number of letters per line equates the number of lines. Nevertheless, Stohead himself never hesitates to shake up these self-imposed constraints, which is apparent is this series; we see greater freedom and movement, greater variety in tracing letters until they seem to float, bounce and super-impose themselves, thus challenging any notion of a frame. Through the choice of multiple colours for one word, Stohead takes us away from any notion of obvious interpretations; he plays with levels and twists in order to reveal new perspectives. Without ever forgetting his initial style, the artist has established a new bridge from graffiti to abstract art and brings an intemporal touch to these graffiti hieroglyphs. 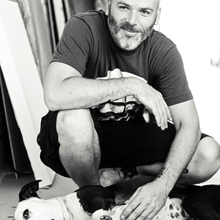 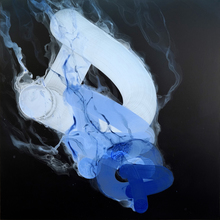 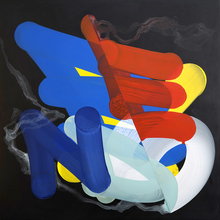 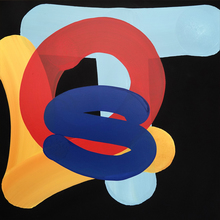 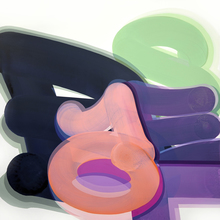