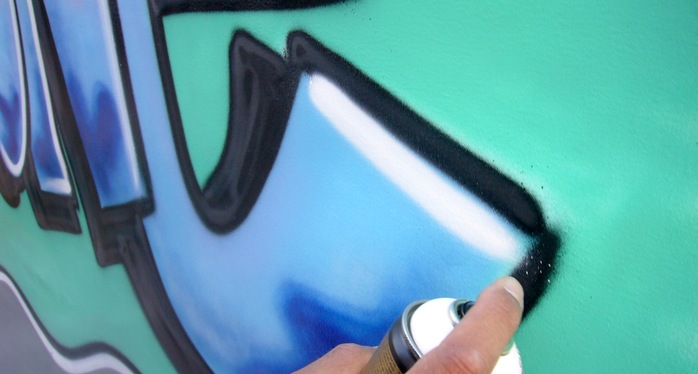 John Jonone Perrello was born in 1963 in New York. Aged of 17, he started to spray his name around his neighbourhood, and very early, he used experimental and abstract forms on trains and walls and later on in his paintings and works on paper. For his second exhibition in Switzerland, John Jonone Perello presents works refl ecting his thoughts about the first steps of the Graffiti movement, the ancestral Lascaux engravings, the Art Brut, and the emerging Pixacao. For "Brut Graffiti", Jonone has used acrylic and spray paint, composed of abstract and graphic forms on heavy textured backgrounds. For the first time his paintings become 3 dimensional, just like the concrete walls of our cities. His approach is as the prehistorical paintings that remain, the ruins and the memory of a threatened urban artistic practice. An out-of-control Graffi ti aesthetic. Here, Jonone relives his love of new and fresh Graffiti of his New York’s debut’s. An out-of-control Graffiti aesthetic.

John “Jonone” Perello presents a serie of new works on paper made in the city of Marrakech in Morocco. The artist has been spending some time there during the month of february of this year.  He has been inspired by the light and hues of a spicy oriental country that gave him material to draw. The works are of small size, this is because the artist has carried them with him during his peregrinations.  “Follow the Sun” is characterized by its warm and bright colours, leaving a lot of space to the authentic lines of the Graffiti painter and lover of Abstraction. 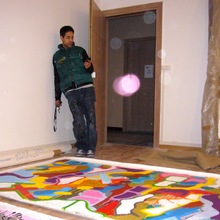 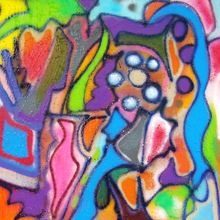 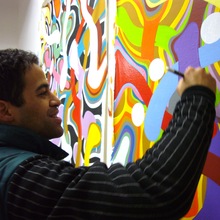 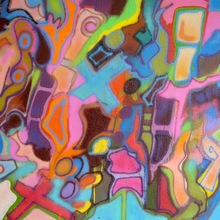 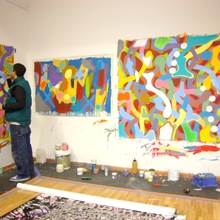 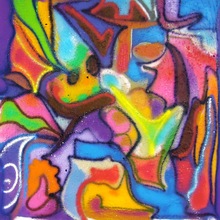 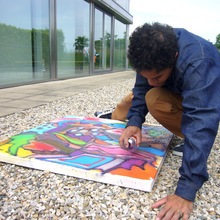 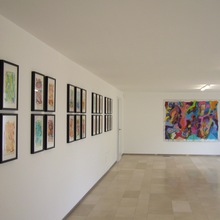 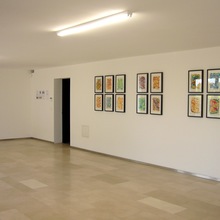 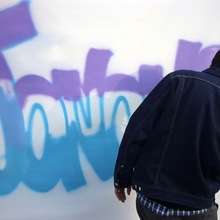 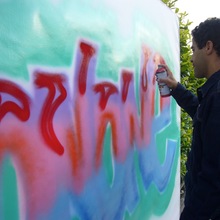 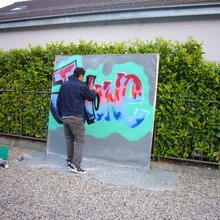 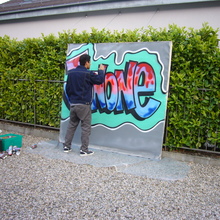