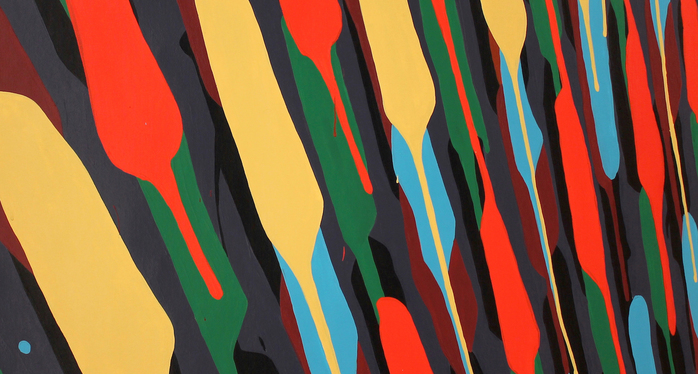 In 2015, Mambo started a new type of abstract paintings, in his Echo Park studio, Los Angeles. As the approach for these artworks was very different from those he was previously known for, he decided to sign it with his first name, Flavien, instead of Mambo. These paintings are geometrical, texture and color variations of a simple gesture: vertical brushstrokes. They are a result of studies made 10 years earlier in Paris, but also influenced by the assistant years to Sol LeWitt, in the mid 90’s, when Mambo got a chance to learn all his techniques and understand his process. Going from expressionist to optical and minimal art, Mambo enjoys, thru Flavien, giving his version of styles he loves, explores, makes his own and shares. Among artists that influenced him: Franck Stella, Ellsworth Kelly, Piet Mondrian, Jackson Pollock and many more. "My core themes are humanity, society and nature. My artworks tend to describe the DNA, neurones and synapses as a metaphor for networks, going from ecology to politics, urbanism and technology, pointing their similarities, connections and how elements are interdependent, just as we are, us humans."

"This series of canvases enables me to fulfil several desires simultaneously: according to whether I compose my paintings arithmetically, geometrically or intuitively, I need concentration, calculation or feeling; my sessions then become either meditative, choreographic, chemical or joyfully entertaining. I like the paradox between the sometimes-mechanical repetition of brush strokes and the multitude of small accidents, splashes and runs that give true life to the painting. The title “Robot Poetry” is a fantasy: I’d like to teach a robot to paint as I paint; I’d like his mistakes and awkwardness to be as beautiful as mine. Maybe we could, together, erase the border between intuition and chance." Flavien Demarigny - February 2018. 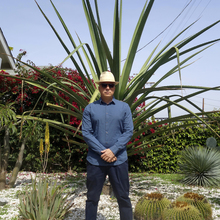 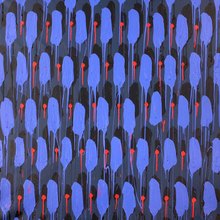 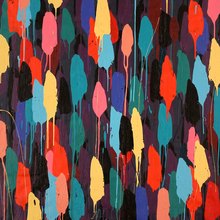 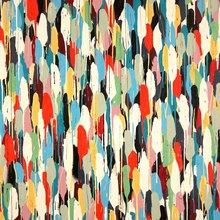 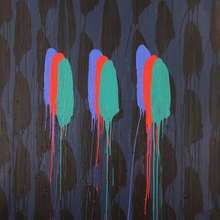 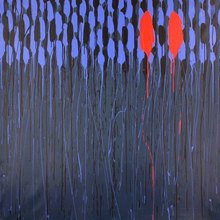 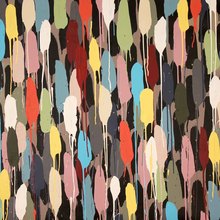 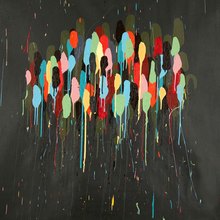 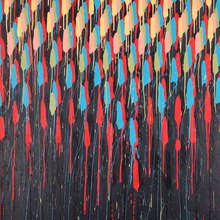 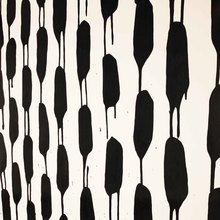