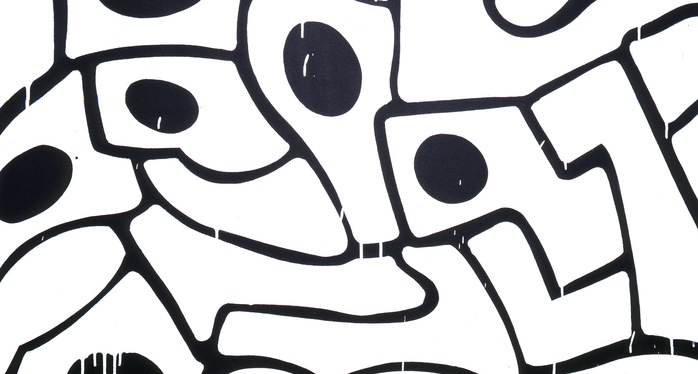 Leonard da Vinci said “pintura es una cosa mental”. Jonone’s work goes that way and also in its contrary. On his canvas, Jonone puts all his anguish, his souvenirs, from the thin streak of light of New York trains to the shimmering colors of his Dominican origin. At first, the canvas is loaded: there is volume, painting projections, the color throws up on the work. Jon is like a torero in an arena, exhausted but alive with stigmates of his art on his jean... At that moment we can see that even if the painting is “una cosa mental” it is also a physical engagement called “Action Painting”.

Spray paint striking as a memorial and telling us "Look! that’s my story". Jon’s has been working with spray paint for almost two decades, and that the streets are his metronome. Today, he is 40 years old , his work has evolved just like himself. His brush movement is stronger, the lines are thinner and even if a few drippings testify of his troubled past, the esthetic is different. In the 90’s, his inspiration themes changed. Jon looks at the walls of Paris and his work becomes charged with adrenalin. “Fuck Paris” is at that time the gimmick but today, the walls are clean, tags emulations are over; Jon has to found other sources of energy, sex being one of them. Especially at the age of 40.

During one of his show in Hong Kong, he saw the work of a Dutch photograph inspired by male sex. Unconsciously, Jon will be influenced. For this new series, “Night and Day”, Jonone paints sex under different forms, also inspired by chinese calligraphy._Anxious to represent his self on canvas, jon gives us a freudian series of paintings with a more than ever purified graphic composition. The show “Night and Day” is a dot in a sentence. It represents the end but also the beginning. .No more color, no more spray paint. What will the purist say? “What the fuck is that shit? “ according to Jon. For him, “In this body work, color is not necessary” and that ‘s true. Color is not a due. This achromy is a sign of evolution to flee all conformism. Working in black and white, jonone demolishes to better rebuilt.

"My work is a reflection of the time and place where I live”(...) "I don’t need to use spray paint no more on canvas to give me credit”. “Night and Day” is a turning point exhibition. Today, Jonone finally accepts his artist statute, emancipated towards codes, no more belonging to a so called group “graffiti artists”. Creating his own myth. From this “ground zero” will emerge a new Jon, there was a before, “Night and Day” announces the “after”. 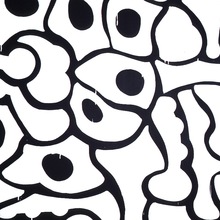 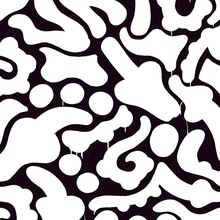 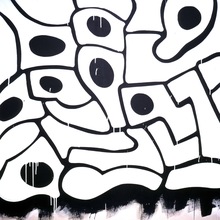 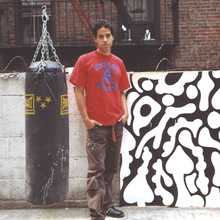 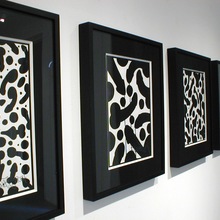