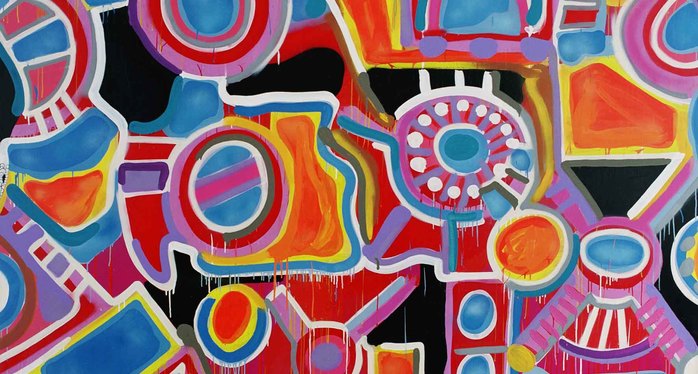 1987 : Jonone leaves New York with his colors and his energy to settle in Paris in the waste grounds and writes his name all over the city.

2002 : between nostalgia and the vital need to paint, Jonone produces “Black Diamonds”, a show which reflects his emotions and his brittleness.

This show Black Diamonds is dedicated to the american graffiti writer AONE (Anthony Clark), Jon’s best friend who lived and painted in Paris for over 10 years. His death has nourished Jon’s latest pictorial production. Rougher,more gestural, his painting gives up meticulous circonvolutions to exploit more freely the fragments in his work. A close up on large canvas, lines fuse spontaneously, as in the street with a spraycan. The color is still there, even if the artist works on the brightness and the depth of the black.“The show Black Diamonds is the result of a destabilizing period where light is remaining at the bottom of the darkness, like a diamond shining, even in the night...” says Jonone. 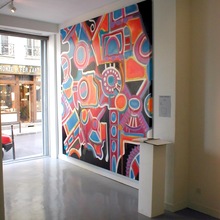 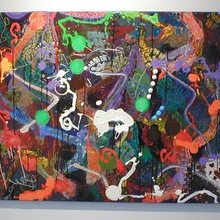 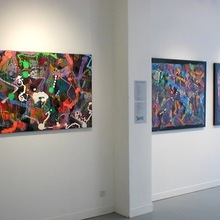 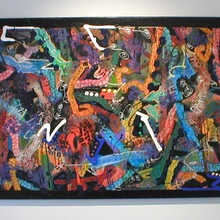 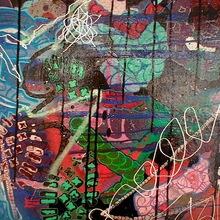 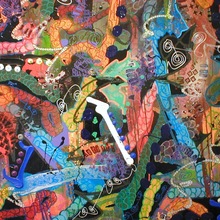 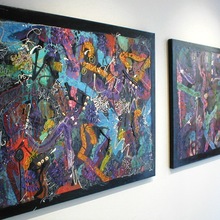 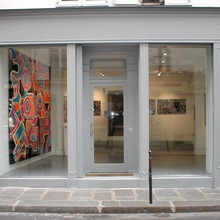