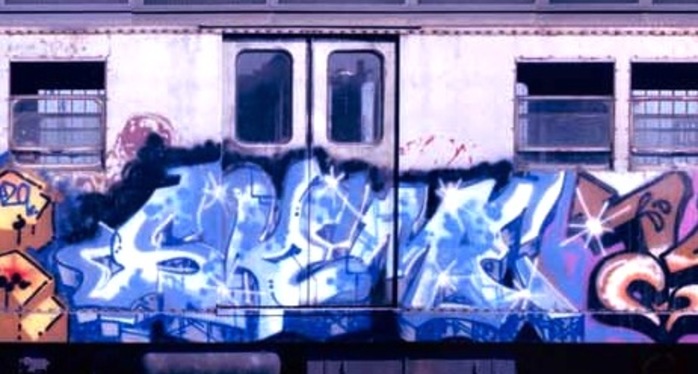 After "Art is not a crime" in 2004, Henry Chalfant is back in Paris for “Burners”, his new exhibition at the Willem Speerstra gallery. Is it necessary to introduce the artist ? Co-author of Subway Art [Henry Chalfant & Martha Cooper, Subway Art, Thames & Hudson, 1984] and Spray Can Art [Henry Chalfant & James Prigoff, Spray Can Art, Thames & Hudson, 1987], co-producer of the movie Style Wars [Tony Silver, Style Wars, 1983, published on DVD by Plexifilm], he is the man who has revealed New York Graffiti to the world. “Burners” are forty photographies of window down burners [pieces painted under the windows] taken by the photographer in the beginning of the Eighties in New York and selected from the hundreds that form his collection. Some of them were never exhibited before.

Henry Chalfant has asked Skeme to present what a burner is. The writer gave this explanation: “a burner is a piece that makes you stop whatever you're doing and take a long look; a burner is so named because its image is burned on your brain until the next time you see it runnin’, or the flick you took of it is developed; a real burner will make you run down the station and follow a train til' it gets small; a burner has the following elements; it is almost always identical to the outline you did the night before, it's partly illegible, has bold flamboyant colors and color scheme, at least two backgrounds...clouds, toxic spill, checka' board..., and nothing is neglected, there's detail even in the 3-D; it may be framed by a character or two, but can stand alone without one...a real burner will make you compliment even your greatest enemy on the line, even if it is secretly; a real burner is talked about for weeks, if its super hot, for months, and if it was legendary...it's still makes for good conversation in 2006. But, the very best burners have a good racking or raid story to go with em, cuz after all, graff ain’t just illegal, it's an adventure!”.

Apart from Skeme, Burners puts together among others pieces from Sonic, Ink, Duro, Kel, Crash, Zephyr, Revolt, Jonone, Mare [in action on one of the « Art is not a crime » exhibition photographies, reproduced on this page], Dealt, Spade, 2 Much, Scan, Word, Tech, Base, Tkid, Min [also in action in « Art is not a crime », see this page], Colt, Reck, Pose, Dust, Seen, Mean 3, Elkay, Doc, Pore, Dust 1, Kist, Pre (Dondi), Rac, Cem 2, Sword, Tech, Notch, Scop... Henry Chalfant wanted to present a few writers to date less published than some of the famous names that we find on the photographies and also to exhibit pieces taken in Brooklyn and not in Manhattan or in the Bronx.

His selection is simply astonishing. Every style is represented, in an explosion of flow and colours adorned with tags, commentaries and dedications to discover on the cars. The master's photographs, which give a fantastic reproduction of the subways' patinas and, on some of them, let see the rhythm of the environment, are magnificent. Thanks to Henry Chalfant, once again, it is a considerable part of the Graffiti adventure that is given to us to see and admire. A rare moment, not to be missed. 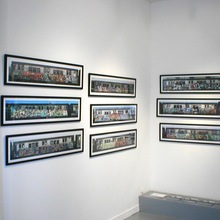 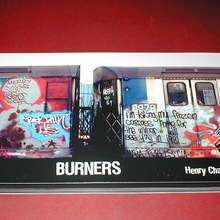 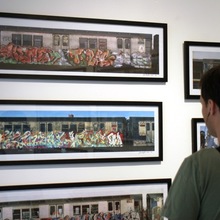 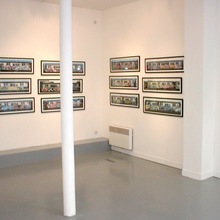 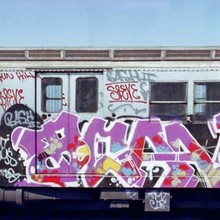 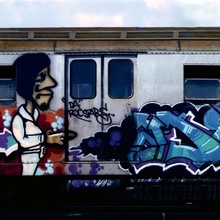 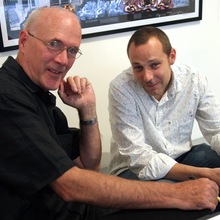