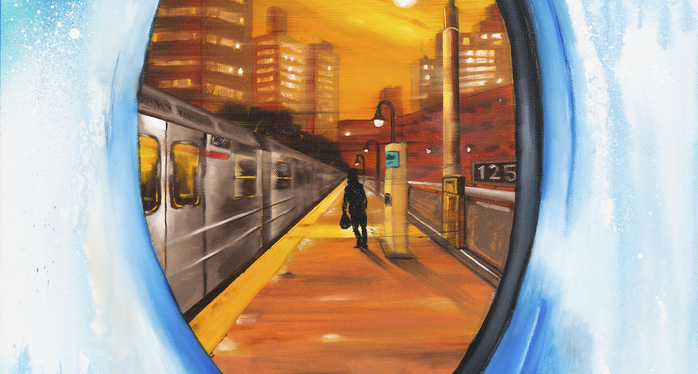 Chris Ellis aka Daze was a key figure on the New York graffiti scene from the '70s to the '80's and a free spirit within the generation of pioneers; he very soon signed his name, in varied form, on an extensive collection of artwork. After leaving Art Design High School in 1976, Daze took up the challenge of artistic transition from subway trains to the serenity of his art studio. The international acclaim of his peers confirmed his success and he also exhibited his work in prestigious collections at the McMA New York and the Groningue Museum in Holland. Daze paints as he thinks, with great sensitivity, developing an intuitive sense of the aesthetic, inspired by urban tumult and the energy he sourced there.In this context, it's hardly surprising that Baz Luhrmann chose him as consultant with Crash on the TV series "The Get Down", a tribute, as part of a history of the American hip-hop movement.
Daze presents PORTALS, a declaration of love for his native New York, a mature and sincere collection of work after a long absence from Paris. His canvases display varied techniques with subtlety, immortalising hours of solitary wanderings and rendering the melancholy of this ever-evolving town. Like a collection of souvenirs, Daze reveals to us the ambivalence of his own feelings and questions his place in the midst of these buildings. Gently, poetically, he combines classical art and graffiti culture, human figures and grandiose urban architecture, calligraphy and abstraction. Portals is the 9th exhibition by Daze at the Speerstra Gallery since 1984. 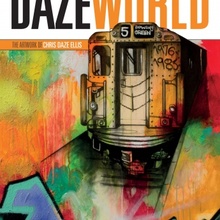 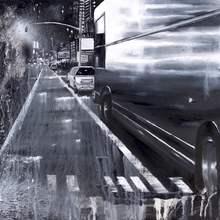 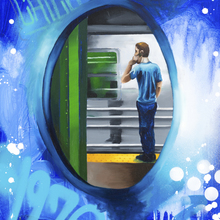 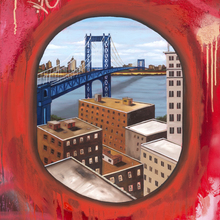 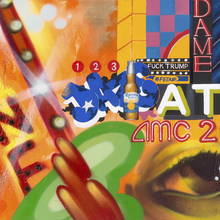 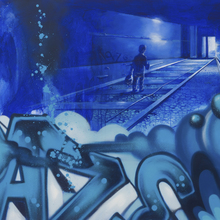