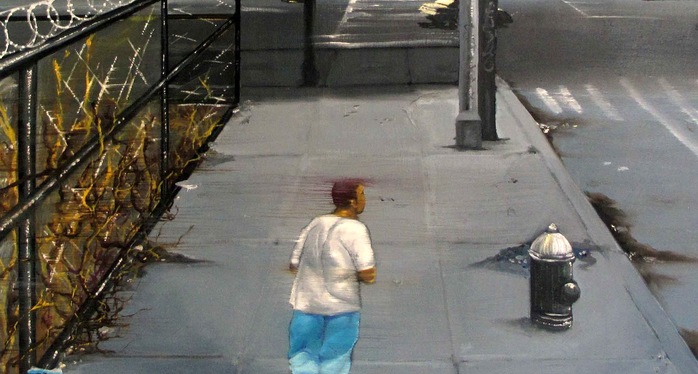 "L'Intervale Avenue was my favorite spot. The station on the 2 and 5 line in the Bronx is perfectly situated with respect to the morning sun. It is located on a trestle that once soared over a valley of burned out buildings, the ruins of the Ghetto Brothers clubhouse and the last operating synagogue in the South Bronx. No buildings rose to appear in the background which made for a cleaner splice when I put the photos together in my studio. Another feature of the station was the lay-up. Trains were parked there during the weekends along the stretch from Jackson Avenue to Intervale, Prospect and Simpson. The lay-ups had a great significance for me as I found out in the summer of 1977 when I came across the Fab 5 Merry Christmas married couple parked there. That's when I started taking pictures in sequence, because when I walked out on the catwalk to get the picture, I couldn't get far enough back from the train to cover one whole car in a single shot.

Looking at Daze's evocative realist dreamscapes of the elevated stations, I am transported back to the years I spent there hunting trains. Standing there for hours gives you a different perspective than that of the commuter whose presence on the platform is a fleeting (sometimes not so fleeting!) moment. Mine was an overview, a panorama. I became attuned to the urban pulse; peaceful and quiet between train arrivals alternating with surging rush hour crowds on the arterial lifeline of the city. In the quiet you hear sea gulls and the murmur of people and traffic on the streets below.

You smell the aroma of pizza and cuchifritos rising up from the storefront shops. It was a place to daydream, to observe the incredible variety of people and lives, and to read. One year I read War and Peace while waiting for trains on the elevated stations.Riding the el in search of pieces brought me to neighborhoods that I might never have otherwise visited, and introduced me to the broadest spectrum of New Yorkers. I was able to see up close the effects of years of flawed government policies and catastrophic economic changes. At the same time I was able to witness the grass roots response to this neglect, the cultural renaissance that was to become Hip Hop.

It was an accident of geography that I took so many photos of the IRTs. Those lines ran through my neighborhood on the upper west side of Manhattan. The best light was in the morning and the most trains running in the morning rush hour. I could be on the platform early whether at 125th St and Broadway or in the Bronx. 125th St on the one line was the closest elevated to my home. I could make a quick run up there in a few minutes to catch a shot of a train as it emerged from the underground briefly before diving back into the tunnel. A problem was always to anticipate where a piece might be on the train. There was little time to run from one end of the station to the other to search for a piece in the few moments the train paused to let the passengers on and off. There were two stations where you could see a piece coming with a view to the side of the train, before it arrived in the station. One was Whitlock Ave on the six line which came across a long elevated stretch from East to West before turning south giving a full view of whatever pieces there were on the train. Same with East Tremont Ave, where the train makes a big S before arriving there. Often in the winter months with the sun low in the sky, if I was there too early, it wasn't high enough and it would cast a shadow on the bottom of the piece from the shed roof over the platform.

One day, several years after I had begun to photograph pieces on trains, I was on the Jackson Avenue station. A train came in with a piece towards the back and I had to run to position myself to get the shot. This time I wasn't alone and a teenager was doing the same. We talked and he told me that he wrote Nac, and that his cousin, Daze, was a writer. I happened to have several of Daze's pieces in my collection. Nac said that if I felt like meeting other writers I should go to the rear of the uptown station at 149th st and the Grand Concourse, what he called the writers bench. If I went there around 3:30 on weekday afternoons, I would find many writers gathered to watch trains, to compare stories, exchange black books and plan future excursions to paint. I went there and it was just as Nac had said. On that day, I met Daze, Kel, Crash, Mare139, Cos and Shy. This was the core group of writers that at the time were most active on the lines. Through them I got to know other writers from all over the city and we began a very good working relationship that was to last for years. I would supply pictures and they would let me know what was going on. When they finished doing a new piece, writers would often leave a message on my answering machine, telling me the details of the work done the night before; what they painted, in what layup or yard, the line it would run on and whether it was on the morning side or the afternoon side.

This greatly facilitated my job, as armed with such information, I knew where to go to catch the piece. I always rode uptown on the train looking at the downtown cars, afraid that I would see the piece I wanted. This would mean that I might not catch it at all, for it would have to travel all the way to Brooklyn and back uptown to the end of the line in the Bronx before returning back down to where I would be waiting - perhaps a three hour turn-around. Often, since by that time rush hour would be over, the workers might take the train out of service for the off-hours and I would lose it. I was always working against time, since I could never be sure a piece would remain intact for long. Someone might cross it out or transit could buff it. I felt like I was stalking rare big game when I went out to take pictures of graffiti - the same disappointment when you lose a great burner, and the same elation when you get it. Burners were never displayed to the best advantage as the trains passed through the miles of underground track in the city and in the dim, harsh light of the stations. Burners came to life in the light of day on the elevated tracks which ran through the neighborhoods where most of the artists lived. The elevated stations were like special viewing stands – ringside seats for the largest art show in the world, that transformed the crushing sterility of the urban backdrop to reflect the vitality of the people who actually lived in it." 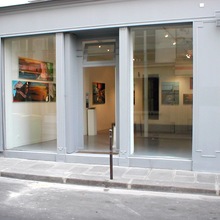 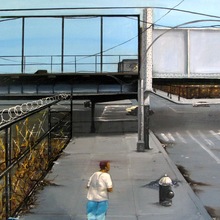 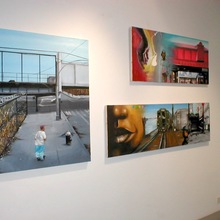 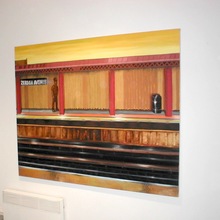 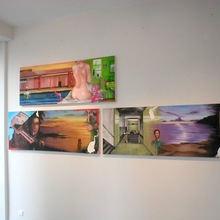 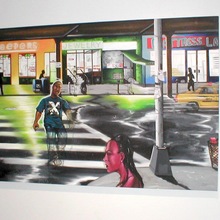 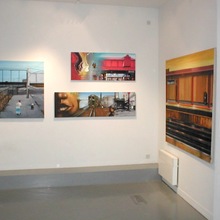 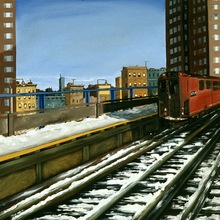