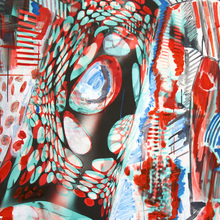 While a student at the École nationale supérieure des arts décoratifs in Paris, he co-founded Les Frères Ripoulin collective in the early 1980s with, among others, Pierre Huyghe, Claude Closky and Nina Childress.

To highlight the duality of painting, now torn between plastic object and digital image, Stéphane Trois Carrés alternates different techniques: he takes a photo of a very basic painting he has made, to which he gives a digital treatment. He prints the photo on a support on which he draws or paints, thus producing a half-analog and half-digital result that he continues to rework with the same process. Unlike post-modern artists such as Sherrie Levine who appropriated the works of others, he appropriates his own work, proceeding layer by layer, and making mise en abyme. In doing so, he superimposes elements realized at different times - the realization of a work can be spread over a year or two. This additive process allows him to give an effect of depth much more marked than a painting realized in a single stroke. How to build a universe that doesn't collapse in two days, for example, projects us into a dizzying distant plane, which uses perspective, evoking a virtual image in 3D.

However, Stéphane Trois Carrés proposes another reading of his work, no longer of an aesthetic or artistic nature but mathematical. He invokes Alan Turing, according to whom any object can be discretized or digitized, and thus expressed in elements of information, to explain why and how his work goes from painting, an analog practice, to the digital, while operating a back-and-forth between the two. His relationship with mathematics continues in the lines and shapes with intense colors scattered across the surfaces of his paintings. These forms are inspired by the work of the mathematician René Thom, his seven elementary catastrophes, such as "the fold" or "the dovetail". The result, for the uninitiated, evokes graffiti, or the multi-layered paintings of contemporary painters such as André Butzer or Albert Oehlen. 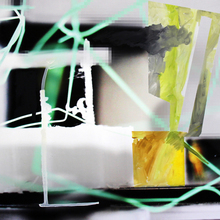 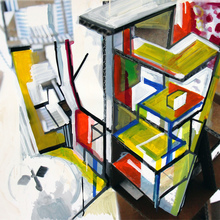 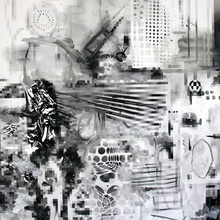 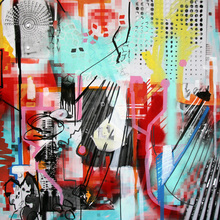 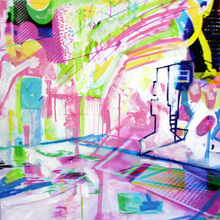 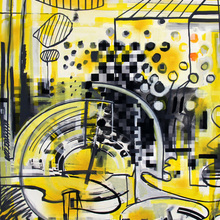 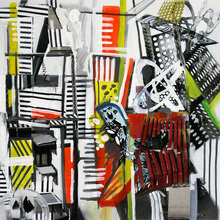 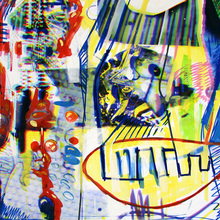 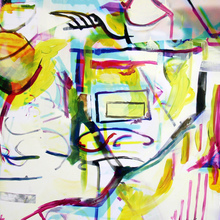 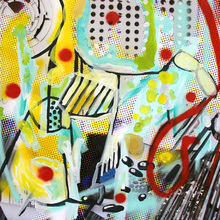 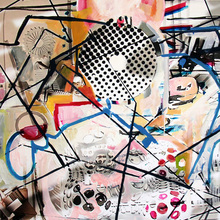 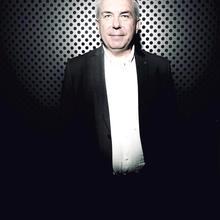