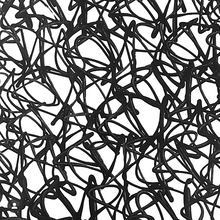 Fantin Vial, a.k.a. Škoda One, is an obsessive and compulsive artist, close to conceptual art, art brut and graffiti. Born in France in 1980, he grew up in Seine Saint Denis. After a break in Vietnam and Mali, he has been living in the south of France since 2010.

The very form of his work which reminds us of punishment in graffiti, the compulsive repetition of his name, from saturation to palimpsest, refers to škoda, which in Czech literally means "damage".

Škoda One places time at the heart of his concerns. Neither instant nor duration, for him time is long and is inscribed, as in photography, in a paradox, where the apparent instantaneity of the action nonetheless gives us a glimpse of a piece of existence. A long time is a moment, a reflection, a piece of reality that will take its meaning in a still different temporality, which belongs only to the observer.

He says he is willingly inspired by the work of Roman Opalka, the cinemas of Hiroshi Sugimoto, the determination of graffiti artist Azyle, Alexey Titarenko's banister of stairs or by the energy and tenacity of the taggers of the 90s that continue to make ink flow today. 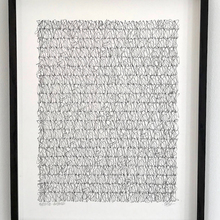 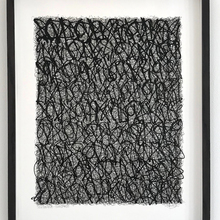 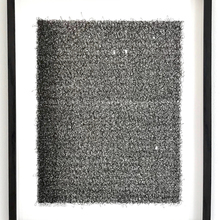 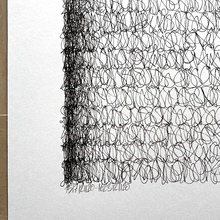 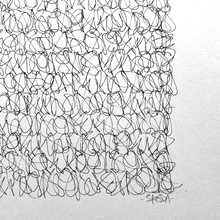 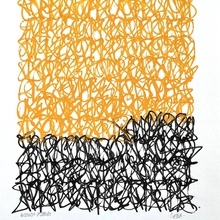 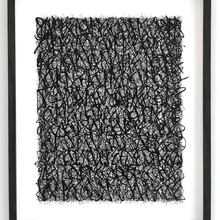 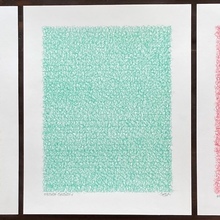 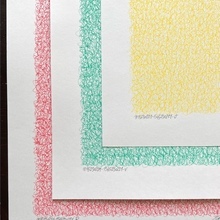 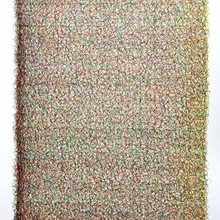