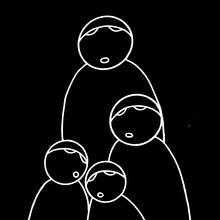 Seemingly made in the moment, Seven's works are immediately recognisable because their form, accessibility and the emotion they evoke seem so familiar. To make, remake, give movement to the line in order to invent its signature is Seven's obsession for 3 years. The artist tirelessly works on his style in search of an essential, almost elementary form, to give birth to his characters and invent his own narrative style. While the world is closing in on itself during the lockdown, Seven's people appeared on the walls of the Saint-Merri district of Paris. "Borders", Seven's first solo exhibition at Galerie Speerstra, takes us to the heart of their genesis.

Two antagonistic figures embody the shifting world of Seven - the oppressed and the oppressor. One, with her rounded form, fragile cocoon-like appearance, without arms or feet to escape, seems swaddled in her fate. The other, with its sharp, dry, pointed line and face formed by a triangle, evokes warrior masculinity. Conceived by the artist as two peoples, their meeting is often tragic. But Seven blows on the lines to move the boundaries of the narrable : the choice of geometric forms makes the subject visible and accessible, allowing emotion and a certain form of candour to pass through without any artifice. The voice of the oppressed is freed by an incisive white line drawn on black paint, a process reminiscent of Keith Haring's "Subway drawings". The simplicity of Seven's line serves a deeply committed story, giving substance to those who make the front pages of the news and then disappear for a journey marked by suffering.

Abused, destroyed by injustice and war, life is on show, resisting, multiplying in a jubilant way. Behind the recumbent effigies, the cocoon-like envelope survives as if in a game of skittles, the warriors sometimes seem to be dancers, and in the tighter works the characters accumulate and carry us away in a swirling migratory flow, sometimes reaching the point of abstraction. Witnesses and actors of history, the characters of Borders challenge the viewer. Here or elsewhere, now or yesterday, black or white, the cruel sincerity of Seven's works draws the shifting contours of our humanity.

Self-taught artist, Seven explores different drawing and painting techniques in Parisian artist squats such as 59 rue de Rivoli. For a year, he accompanied Syrian refugees in drawing workshops to help them free their speech in the La Chapelle camp in Paris. Since the lock-down, Seven's characters have taken over the walls of Paris. Accompanied by a text calling out to passers-by, Seven's figures are the voice of the oppressed whose lives have been turned upside down by horror, whether they are from Africa, Syria, Ukraine or elsewhere. 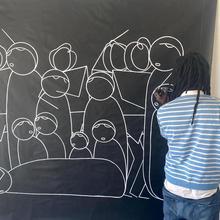 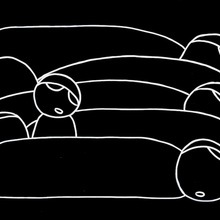 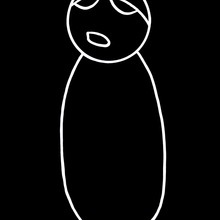 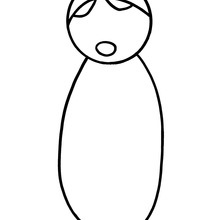 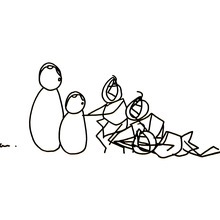 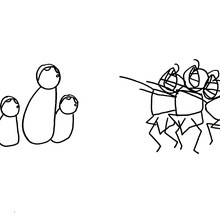 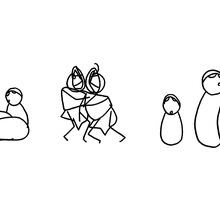 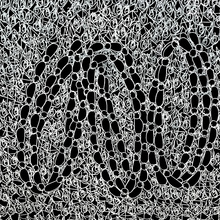 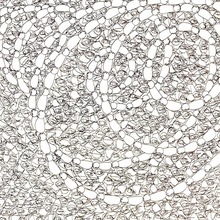 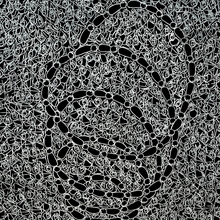 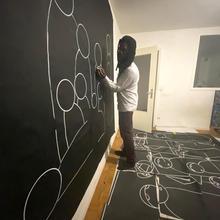 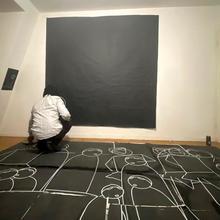 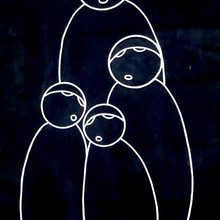 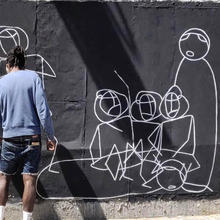