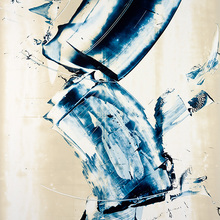 Following a lifelong passion for art, a renowned figure in the graffiti world abstract painter Alex Kuznetsov creates his artworks across different mediums, including paintings, works on paper. His energetic abstractions are awash with swipes of bold colours: blacks and whites, reds, blues and pinks. Colour fascinates Kuznetsov, bringing him to a state of meditative flux, where the process is as important as the result. Engaging with the vibrations of colour, Kuznetsov amplifies them with the power of movement and fully gives himself to an artwork.

One is often tempted to search for a familiar shape in an abstract painting. Vaguely resembling urban imagery, outlines of futuristic cars, horizon lines with skyscrapers’ spikes, Kuznetsov’s shapes and colours flow, move and intertwine within the space of a canvas. However, in an abstract work the material and medium gain independence, becoming subject matter in its equal right. Departing from Gerhard Richter’s expressive superpositions of paint, Barnett Newman’s colour fields and Pierre Soulages’s outrenoir, Kuznetsov creates a unique work, which strikes the viewer with its inner energy. Applying acrylics with huge aluminum rulers, the artist is conscious of his movements: a mechanical gesture, a power of pressure becomes aggravated with meaning.

Kuznetsov’s process-led abstract painting practice employs a tempered gestural language where fluidity is a defining material concern and the process of erasure has equal importance to the intuitive application of paint. The artist examines states of presence and remembrance by exploring a tension between control and eventuality. Painting for Kuznetsov is a constant quest for perfection and reflects his desire to organise the world according to an innate sense of harmony. Kuznetsov does not provide narratives for his abstractions: instead, he sublimates his visions, bringing them to the canvas for the eventual viewer to decipher and identify with. 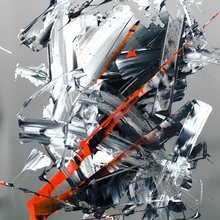 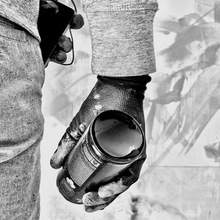 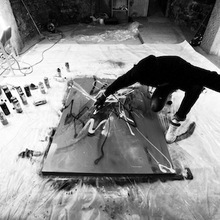 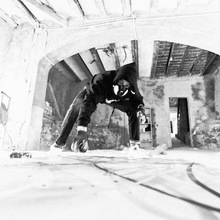 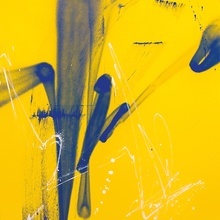 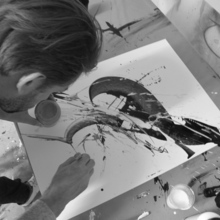 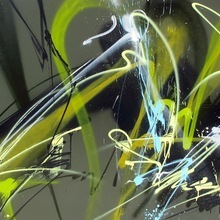